SSD storage provides rapid access to information using flash memory to store data so it moves as fast as the electronics will allow. A solid-state drive has no moving parts. The data in a solid-state drive is always available and it takes microseconds to retrieve compared to a disk drive taking milliseconds so access the data is 1,000 times faster than spinning disk drives. The physical location of data doesn’t matter on a solid state drive, read speeds are consistent and disk fragmentation isn’t a problem. SSD use less power compared to hard drives and this makes them suitable for use in notebooks, they are considerably more rugged and generate less heat. 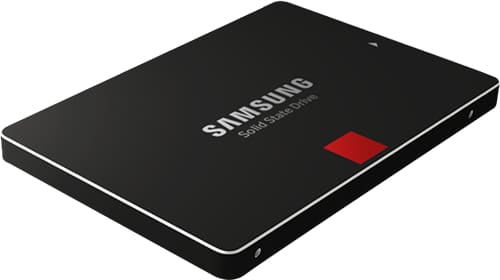 What is a Solid State Drive made of?

A solid-state drive typically contains lots of NAND flash memory cells, these cells are different to normal memory as they retain the information once written or when the power is turned off. You can read/write an SSD 10,000 times using MLC or 100,000 times using SLC memory although the cost is considerably more for the SLC option. All SSD have a wear controller and this checks each cell to see if it is degrading, if it is then that block is written to another cell and the degraded cell is marked as bad. They are lighter than normal hard disk drives and are smaller in height. An SSD also has a much higher shock rating against being dropped and run silently. They also do not suffer from magnetic interference.

How fast are SSD?

These are typically 4-8x faster than hard disk drives and the disk transfers rate is up to 8x faster. Applications require IOPS and this is where a Solid State Drive will perform much faster, a single 15k hard drive has an IOPS speed of 200 a solid state drive would typically have an IOPS speed of 50,000+!

What capacity SSD are available?

At present SSD capacities start at 120GB rising to 4096GB and typically rise in increments as shown below.

There are two types of SSD drives

If you need SSD for home use then you can use consumer grade drives, these do not provide the extended warranty, perform as fast and do not have advanced error correction algorithms. The professional grade solid state drives typically have a 5-year warranty are faster and have advanced wear controllers ensuring that the SSD does not suffer from data loss.

We also can provide SSD, M.2, DOM and other types of flash storage that could be used to boot a hypervisor or requires an extended operating temperature.

Would you use SSD storage in a RAID?

This question arises many times and the answer is not straightforward. It depends on the application and whether you are going to be doing lots of writes or reads. We have mentioned earlier that SSD suffer from wear but the built-in wear controller of SSD overcomes this to a certain extent. If you want to build a RAID system with 2 or 4 drives you could use consumer grade SSD, if you need to fit more than 5 drives then I would recommend professional grade SSD drives.

Ideally, it would be more beneficial to create a RAID 1 or 10 array and run your application on these and the rest of the drives can be normal SAS or SATA. 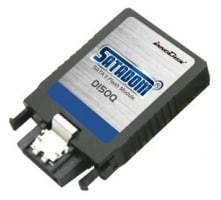 An SSD storage system will perform significantly faster than a similar equipped hard drive system. SSD is limited by capacity and price compared to spinning disk drives and you need to be aware of where and when you can use them. For more advice when looking for a solid state disk solution or know more call us on +44 (01256) 331614 or complete our form below.