Typically, a corporate will end up deploying a high-end PC or Workstation to fit the requirement.  Unfortunately, this approach doesn’t always provide the CPU processing power to handle the software requirements or the security necessary. 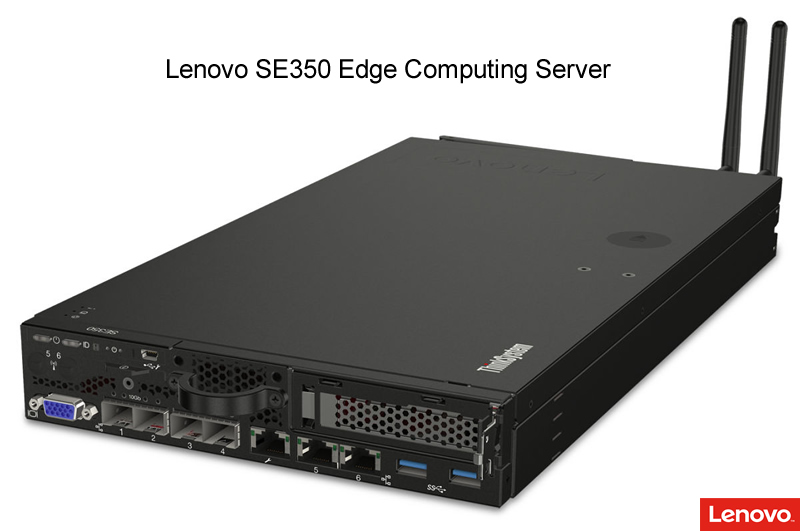 The new Lenovo SE350 edge server is designed to live outside the datacentre providing a powerful alternative to using 2U datacentre servers out in remote workplaces.

It is clear Lenovo have invested time and money developing an edge server that sits between the desktop and datacentre, so what are the use cases for such a small footprint edge server?

The Lenovo Edge Server is high-performance edge server, using the Intel Xeon-D processor, and supporting a single processor from the Intel Xeon D Processor family with 16 cores of speeds of up to 2.2 GHz, and TDP ratings of up to 100W.  Support for up to 4 TruDDR4 memory DIMMs an up to 256 GB of memory using 64 GB DIMMs. 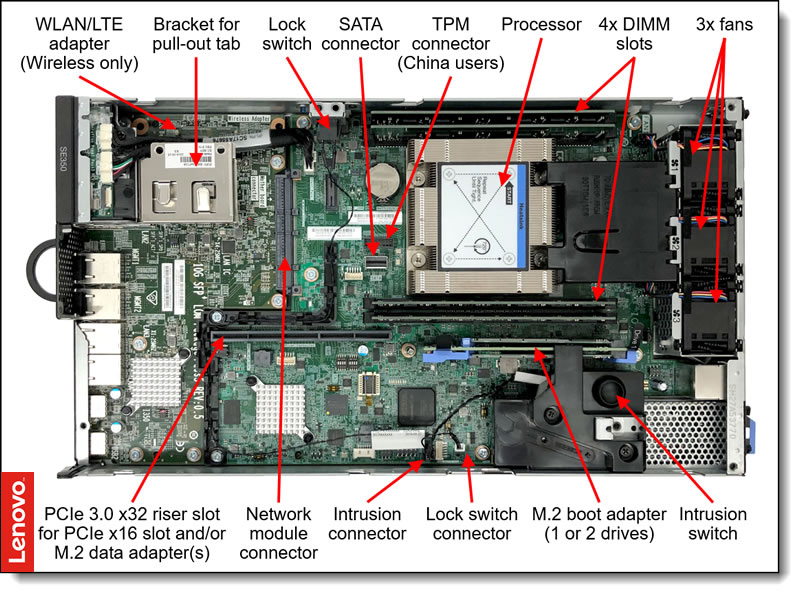 The edge server is a beast, intelligent and adaptive system performance with Intel Turbo Boost Technology 2.0 allows processor cores to run at maximum speeds during peak workloads by temporarily going beyond processor TDP.

Intel Hyper-Threading Technology boosts performance for multi-threaded applications by enabling simultaneous multi-threading within each processor core, up to two threads per core.

Intel Virtualization Technology integrates with the edge server on a  hardware-level. Virtualisation allows operating system vendors to better use the hardware for virtualisation workloads.

The SE350 Edge Server also supports the NVIDIA Tesla T4 for workloads such as Edge Inferencing, making it an ideal solution for AI deployments. 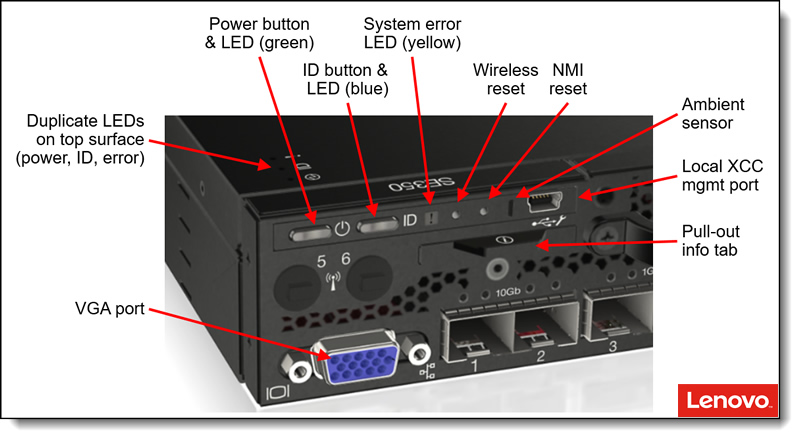 Supporting up to 8 M.2 drives either NVMe or SATA with SED or non-SED drive support.  The ThinkSystem SE350 Edge Server also supports 1 or 2 additional M.2 SATA drives for OS boot and applications, allowing the convenience of separating application code from data.

A choice of storage controllers for either RAID or non-RAID purposes.  Single or mirrored drive, RAID-0, 1, (hardware RAID), NVMe direct processor connection (no RAID), Intel RSTe RAID-0, 1, 5, 10 (software RAID). Note: The use of RSTe embedded RAID is not supported by virtualization hypervisors, including VMware ESXi, Linux KVM, Xen, and Microsoft Hyper-V. The use of AHCI mode (non-RAID) is supported by these hypervisors, however.

Firstly, let’s look at the security of this device as the Lenovo SE350 edge servers could typically be deployed outside of a secure data centre, they include technology that encrypts the data stored on the device if it is tampered with, only enabling authorised users to access it.

Support for a Kensington lock and cable

The server has a slot on the side of the server which a customer-supplied Kensington lock and cable can be attached to, to help prevent theft of the server.

The Kensington cable slot can also double as an electronic switch to disarm the intrusion switch detection, so that authorised servicing of the hardware can be performed without triggering the security actions. Available as the Tamper Detection Kit, CTO only. The kit includes a Kensington lock (without cable) that is attached to the outside of the server.

Note: This intrusion arm/disarm feature is not supported with the 1U or 2U rack enclosure mounting options, due to physical restrictions with the Kensington lock.

In the event of an intrusion or movement, the server can be configured in XCC to perform actions, including server shutdown and disabling remote access to the XCC from the network ports (referred to as the BMC network bridge).

We work with customers from primary schools all the way through to multi-billion £ revenue companies.